THE UNEXPECTED WAYS COACHING CAN CHANGE YOUR LIFE 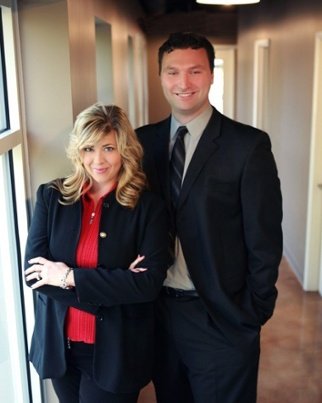 When husband and wife team Holli McCray and John Verdeaux opened The Holli McCray Group (HMG) at the Knoxville-West (Tenn.) market center, Knoxville was a flourishing real estate market and they were profitable right out of the gate.

“I was chained to my business,” she says.

After years of working late evenings and entire weekends, the couple recognized it was time for a change and made the decision to join Keller Williams.

Verdeaux says it was clear which company they needed to join.

“Keller Williams was doing business a lot differently than the other brokerages in town. Their technology and agent training were far more advanced than any other. We knew we wanted to break the existing mold here, and we believed that only Keller Williams would allow us to do just that.”

The Need for Accountability

John and Holli made the move to Keller Williams and saw their business continue to scale. While skeptical at first, a colleague helped McCray see that a KW MAPS Coach would help the team work through their growing pains and provide the accountability they unknowingly craved.

Their Mastery coach began by helping them define their goals and then held them to the process of attaining them while providing direction and encouragement.

Since enrolling in the program, their GCI has more than doubled and they have been able to build the sales team they’d always dreamed of.

“Mastery Coaching helped us set standards for our team members, and as we’ve hired to the standards, we’ve been able to attract highercaliber team members,” says McCray. “As a result, we are ALL working toward the same goal.”

“The success of our team has opened doors to work with some great people within the industry,” adds Verdeaux. The renewed focus and leverage gained through Mastery Coaching has allowed McCray and Verdeaux to open doors of opportunity to their team.

“Coaching taught me what to focus on so that I could gain leverage and provide opportunity for others while I work on HMG from a 30,000-foot view versus working in the field,” says McCray. “Our general manager and I work closely. While he provides a high level of team accountability and customer service, I work to create more opportunity for our team members.”

The results of Mastery Coaching have not only been extremely rewarding for the husband-wife duo professionally, but personally as well.

“Now, we can take family vacations because I know the talented people that work with us at HMG have everything covered. As a mother of a teenager, the ability to spend time with family is priceless,” says McCray.

“Our coach has helped us have more defined roles within our business, which has greatly reduced some of the stress and tension we experienced early on as a by-product of working together.”

Team Leader J. Lewis points out that Verdeaux and McCray are not only successful, but balanced and widely revered leaders in their market center.

“John and Holli have given the most to KW Cares of any agents in our market center. They are very involved in their church, family and community. They have helped lead their team to long-term volunteer positions with two charities within our community. They are always willing to help and teach and are a shining example of our Keller Williams culture.”

Maximize your profits and increase your productivity!

This story originally appeared in OutFront Magazine volume 14.2. It was written by Catherine O’Donnell.