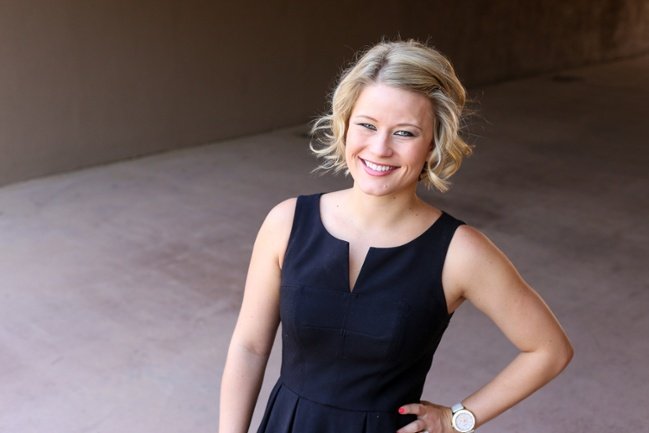 Not even six years into her real estate career with Keller Williams, at the age of 28, Kelly Henderson runs her own company, Momentum Real Estate Group, is a team leader for a 300-agent market center and is one of the few KW MAPS Coaches in her age group.

In 2015, she was one of REALTOR® Magazine’s “30 Under 30,” beating out the competition for Web Choice winner with attention-getting memes and videos. In 2016, her team closed out the year with more than $20 million in volume.

She credits connections made through the Keller Williams Young Professionals division for providing opportunities.

“KWYP has taken a very proactive approach for people to be seen,” Henderson says. “Because of my work with (KW)YP, I met someone who owns a 300-person market center and now I get to help run it.”

Henderson is an anomaly: for many, real estate is a second, third or even fourth career, but Keller Williams is the only real estate company she has worked for, and real estate is her first – and only – career after college.

Her age also puts her in the minority among agents: the average age of a real estate agent is 56 and less than 4 percent of all real estate agents are under the age of 30, Henderson says. Being in that minority prompted her and four others to found what is now known as KWYP back in 2013.

After getting together at Mega Camp during a happy hour, the five started the group to create a space where agents could learn while speaking the same language, Henderson says. That language often involves the technology that she and her generation grew up using, unlike many of their older counterparts in real estate.

They talked about how the traditional path to leadership within Keller Williams could change if individuals not only started earlier with the company but also developed leadership abilities sooner.

For a year, they ran the group as if they owned it, Henderson says. Their vision was to create an opportunity for young Keller Williams agents – everywhere.

“When you’re willing to give something that theoretically has no payoff – financially, that is – others notice,” Henderson says. Keller Williams Realty International executives did take notice and formalized Keller Williams Young Professionals in 2014.

KWYP has grown as a leadership and empire-building tool for Keller Williams agents 39 and younger, with 38 chapters in 25 states and intentions to expand internationally.

“Kelly not only embodies the KW culture, but also sets an example for her peers and other young agents that the possibilities are limitless,” says Azi Vazin, operations manager for KWYP.

Henderson tells other young professionals that in real estate there is no magic pill for success – and that includes KWYP. “Success is not a gift,” she says. “It’s about working hard and applying yourself” – a philosophy that has come from a lifetime of experience.

Henderson’s path to success was not laid out for her.

She grew up in Phoenix where her parents went through “rocky personal stuff and financial hardship,” she says. During middle school and into high school, her family was homeless, hopping from one friend’s house to another’s.

She, her brother, and mother finally landed in the home of her mom’s friend, the three of them sharing a single bedroom. Soon after, the house caught fire and their belongings were damaged.

The home was declared unlivable by the fire marshal: 24 hours later, her family moved back into the remains of the damaged property and called it home.

She knew that her lifestyle was different, but that didn’t stop her from being engaged in school and dance. Henderson can’t put into words what drives her but credits her mother and grandfather with being very supportive.

Her mother worked hard and rented their first apartment. The next year was better, and they upgraded. The same the year after. By the time Henderson graduated from high school, the family was living in a house – a rental, but a house nonetheless.

She attended The University of Arizona and earned a bachelor’s degree in psychology. As a new graduate, Henderson was on track to enroll in a master’s program at Pepperdine University. Not sure of that path, she deferred her enrollment. A counselor at her alma mater suggested real estate as a career option.

“It seemed perfect,” Henderson says, “and I haven’t looked back.”

Less than a year after Henderson got her real estate license, at the age of 52, her mother bought her first home.

The Keller Williams culture – and KWYP in particular – shows what’s possible with hard work, Henderson says. It’s rare to be successful in real estate at her age, but at Keller Williams, she’s surrounded by achievement. Brian Gubernick, operating principal at the Tempe-Scottsdale market center, shares how Henderson quickly made her mark and is flourishing.

“Kelly has tapped into her strengths – systems, organization, and leadership – and began implementing much-needed changes in our market center. She was immediately comfortable in the team leader role, because she found so many similarities between running a mega agent team and leading a high-performing market center. She has had a great impact on our young professionals, who not only see her as a peer, but as a role model.”